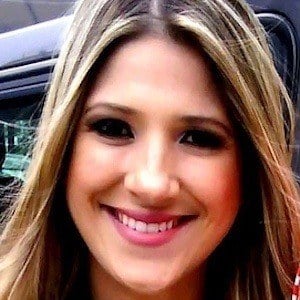 Brazilian comedienne and actress who has earned acclaim for her comedic stylings on shows like Furo MTV, Comédia MTV and Custe o Que Custar. She has also appeared in a number of feature films, including 2015's Superpai and 2016's Love Stories.

She began acting in theatre productions at age five. She got her big break when she joined the cast of Comédia Ao Vivo in 2005.

She won a Prêmio Qualidade award for Best Actress in a Comedy for her work on Comédia MTV in 2010.

She married actor and comedian Marcelo Adnet in May 2010.

She and Danilo Gentili have both starred on Custe o Que Custar.

Dani Calabresa Is A Member Of