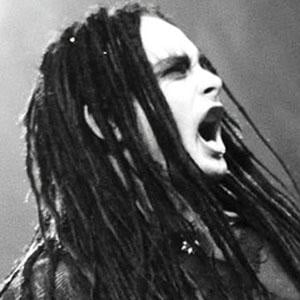 Heavy metal singer and lyricist who co-founded the band Cradle of Filth. The band went through over 30 members throughout its existence.

He performed with Carnival Fruitcake and The Lemon Grove Kids before founding Cradle of Filth.

He was ranked within the top 100 metal vocalists of all time by Hit Parader. At one point he did columns for the publication Metal Hammer.

He married Toni Filth on October 31, 2005; the couple has a daughter named Luna.

He collaborated with Clive Barker to release the book The Gospel of Filth.

Dani Filth Is A Member Of