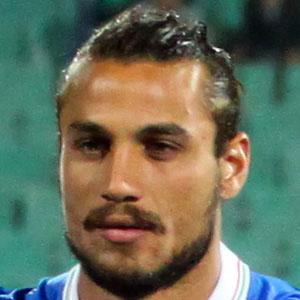 Argentine-Italian striker known for his incredible skills and loose cannon personality who made his professional debut in 2005 for Huracan and debuted for the Italian national team in 2011.

He began his youth career with Lanus in 1995.

He has three children: Gianluca, Victoria, and Maria Helena.

He is frequently compared to actor Johnny Depp for his similar looks and fashion sense.

Dani Osvaldo Is A Member Of