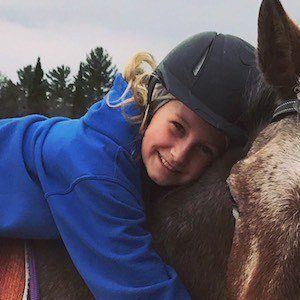 Equestrian enthusiast who shows off her horses on the YouTube channel Dani The Horse Girl. Her videos have been watched more than 20 million times.

Her channel was launched in August of 2013 and a first video was uploaded at that time called "Episode 1 - dorsey creek barrel raceing with dani."

Besides horses, she has owned a pony named Dusty and a hedgehog named Nelly, among other pets.

Dani The Horse Girl Is A Member Of