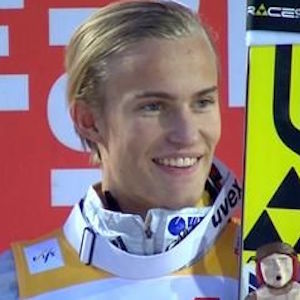 Ski jumper who won his first gold medal with the Norway at the 2016 FIS Ski Flying World Championships. He followed it up with a career-high seventh-place finish in the World Cup standings for 2015-2016.

He's also developed something of a social media following, with more than 50,000 Instagram followers. He often posts videos of him in mid-air as well as shots of the locales where he competes.

He grew up in Narvik, Norway.

He and Norway beat out Severin Freund and Germany to take the 2016 FIS gold medal.

Daniel-Andre Tande Is A Member Of