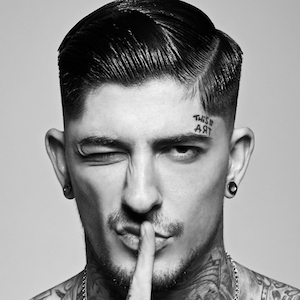 German dancer and model whose worked with LA Models, Elite, and Modelwerk. He's known for his tattoos, which cover his arms, hand, and pectorals, but not his abdomen.

He started his modeling career in 2010.

He grew up in Germany, but moved to Paris to help kickstart his career.

He uploaded a picture with fellow tattooed model Billy Huxley to his Instagram in early 2016.

Daniel Bamdad Is A Member Of