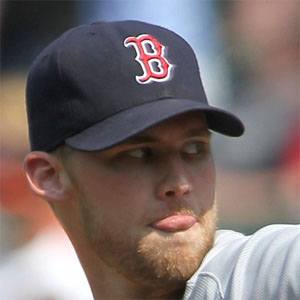 MLB pitcher who was selected 28th overall in the 2006 MLB Draft by the Boston Red Sox.

He was the ACC Freshman of the Year while pitching at the University of North Carolina.

In 2009, after his team was eliminated from the playoffs, he served as a post-season correspondent for ESPN.

He married Adair Sturdivant in 2010.

He spent the first chapter of his career on a Boston Red Sox team led by David Ortiz.

Daniel Bard Is A Member Of