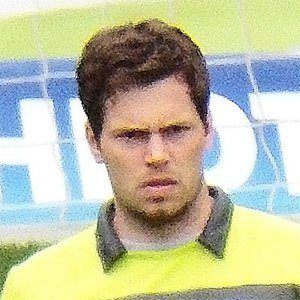 Goalkeeper who joined Grasshopper in 2014 after spending five years with Eintracht Braunschweig. He became a member of the Iranian national team in 2013.

He began his youth career with SV Garbenteich in 1994, then moved to TSG Wieseck in 2002.

He was born in Giessen, West Germany.

He and midfielder Mehdi Mahdavikia both represented Iran in international play.

Daniel Davari Is A Member Of