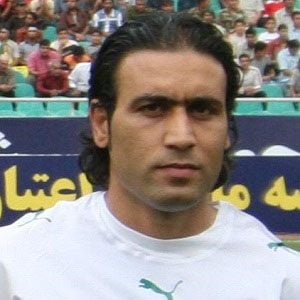 Midfielder and winger who was named the Asian Young Footballer of the Year in 1997 and 2003 and won the Iran Football Federation Award of Honour in 2013.

He has a daughter named Asal.

Center forward Ali Daei was his teammate on the Iranian national team.

Mehdi Mahdavikia Is A Member Of