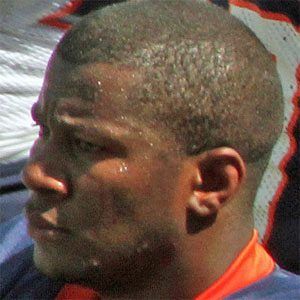 NFL tight end known for his blocking. He played for the Falcons, Raiders, Buccaneers, Rams, Broncos, and Patriots before joining the Giants in 2014.

He is the son of David and Chandra Fells. He has a brother named Darren, who has played for the Seattle Seahawks.

He had his most active season as a pass catcher on the receiving end of throws from then rookie quarterback Sam Bradford in 2010.

Daniel Fells Is A Member Of