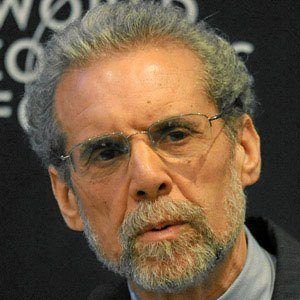 He received his doctorate from Harvard University and subsequently conducted post-doctoral research in India. Later, he returned to Harvard to teach a course called the Psychology of Consciousness.

He argued that emotional competency can be as significant a factor as cognitive ability in career and life success. To support this theory, he developed an Emotional Intelligence Appraisal Test.

He was born in Stockton, California to two college professors.

He published a series of dialogues with George Lucas and other leading figures in multiple fields. The dialogues focused on the role of emotional intelligence in creating the success of these visionary leaders.

Daniel Goleman Is A Member Of