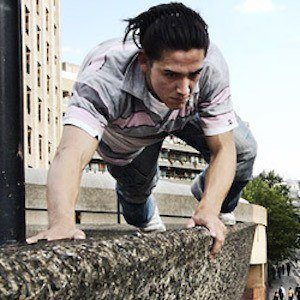 Freerunner and traceur known for his winning of MTV's Ultimate Parkour Challenge. He is also known for founding the World Freerunning and Parkour Federation. It was established in 2007 as a means to promote the safe practicing of parkour.

After viewing a man in Brazil flip off of a wall, he was inspired to try it himself. He first tried his hand at the Brazilian martial art Capoeira, but did not continue.

He won the inaugural MTV Ultimate Parkour Challenge in 2010.

He was born and raised in Moreton, England. In 2006, his brother, Chris, founded his own YouTube channel, often posting videos of him.

He appeared with guest Steve Coogan in the 8th series of the British automotive TV show Top Gear. He was tasked with racing a Peugot 207 car across Liverpool.

Daniel Ilabaca Is A Member Of