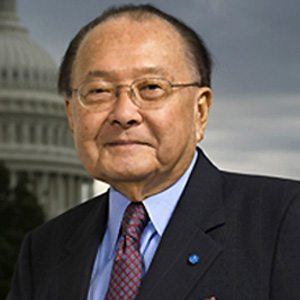 Democrat and US Senator from Hawaii from 1963 to 2012 who was the first Japanese American to serve in the U.S. House of Representatives and the U.S. Senate. He was known as the voice of conscience during the Congressional Iran Contra investigations.

He was a hero of WW II, losing his right arm in combat in Europe.

He took part in the Congressional investigation of the Watergate affair, posing tough questions to the central figures in the case.

He grew up in Honolulu, Hawaii, to parents who emigrated from Japan.

He chastised Col. Oliver North for his role in the Iran Contra affair, disregarding North's defense that he was only following orders.

Daniel Inouye Is A Member Of