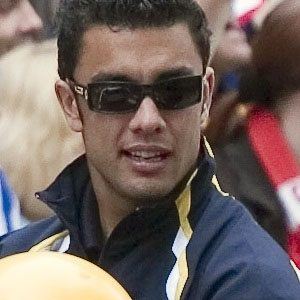 Australian rules football midfielder who was named to the All-Australian team in 2007 and was a two-time winner of the Geoff Christian Medal, given to the AFL's MVP.

His father Roger Kerr was an Australian rules footballer and coach. In 2010, he married Natasha Kerr.

Ruckman Nic Naitanui was his teammate on the West Coast Eagles.

Daniel Kerr Is A Member Of