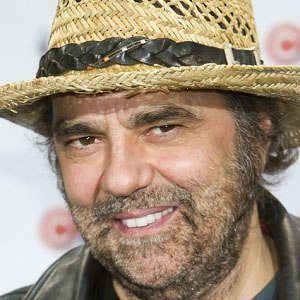 Record producer who made albums for popular musicians such as Bob Dylan, Peter Gabriel, and Brandon Flowers.

He started producing his own music when he was 17 years old.

He wrote a lot of songs that were covered by other artists such as the Dave Matthews Band.

He was inducted into the Canadian Music Hall of Fame in 2005.

He worked with Neil Young on his album Le Noise from 2010.

Daniel Lanois Is A Member Of