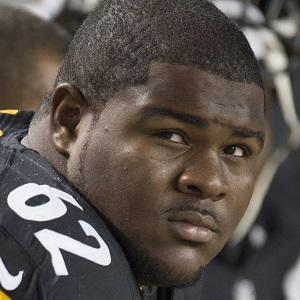 Nose tackle who began his NFL career with the Pittsburgh Steelers in 2014. He was a standout player at the University of Tennessee and played in the 2014 Senior Bowl.

His 6'7', 350 lb. frame earned him the nickname 'The Green Mile' in reference to Michael Clarke Duncan's character in the film The Green Mile.

He was coached by head coach Derek Dooley as a member of the Tennessee Volunteer.

Daniel McCullers Is A Member Of