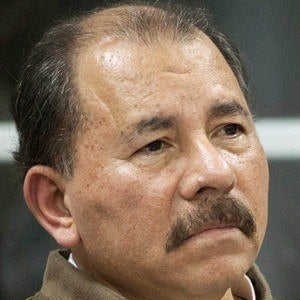 A leader in the socialist Sandinista National Liberation Front who became the President of Nicaragua for the second time in 2007. He previously served in the position from 1985 to 1990.

He was a part of the Sandinista National Liberation Front and was even arrested for trying to rob a branch of Bank of America.

His adopted stepdaughter Zoilamérica Narváez accused him of sexual abuse in 1998.

He is largely seen as a dictator, like Francisco Franco.

Daniel Ortega Is A Member Of