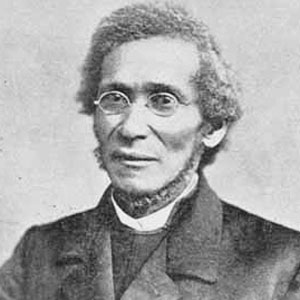 This 19th-century religious leader, educational reformer, and author served for over forty years as bishop of the African Methodist Episcopal Church, bringing numerous former slaves into the church through missionary work in the American South.

After relocating from South Carolina to Pennsylvania, he studied at the Gettysburg Lutheran Theological Seminary. In the early 1840s, after opening his second school, he became a member of the African Methodist Episcopal Church.

His published works include a personal memoir titled Recollections of Seventy Years and a historical work titled The History of the A. M. E. Church. He helped found an African American college, Wilberforce University, in Ohio, as well as several other schools for freed slaves.

He grew up in Charleston, South Carolina, in a Methodist family of African, Native American, and European heritage. After his first wife died in childbirth, he married Eliza Clark.

As a result of the civil rights restrictions that occurred in the South following Nat Turner's 1831 rebellion, Payne was forced to close a school he had opened for African American students.

Daniel Payne Is A Member Of