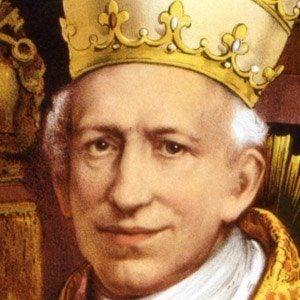 Head of the Catholic Church from 1878 until his death in 1903 who was known for his intellectualism and his promotion of the rosary.

He wrote poems in Latin as a child.

He served as Pope until he was 93, making him the oldest Pope ever.

He appointed his older brother, Giuseppe, as a Cardinal once he became Pope.

The future Pope Benedict XV saw him speak as a young seminarian.

Pope Leo XIII Is A Member Of