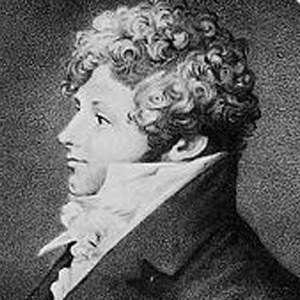 Boisterous musician known for his creativity, especially with regard to operas like Cendrillon and his chamber music.

He wrote the dramatic opera Romeo et Juliette, which critics considered to be the height of his artistic accomplishments.

He was responsible for the first performance of The Creation, which was composed by Joseph Haydn.

His father forced him to abandon music and join the Prussian army, which he deserted.

He was publicly humiliated after he dared Ludwig van Beethoven to a competition of skill. Beethoven, of course, won.

Daniel Steibelt Is A Member Of