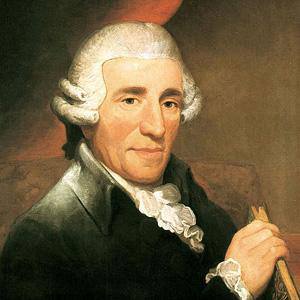 Prolific and influential Classical-era composer. He was dubbed Father of the Symphony and Father of the String Quartet. He spent most of his career serving as the court musician for the aristocratic Esterházy family.

He was a choirboy in Vienna's St. Stephen's Cathedral's choir, but was removed after his voice matured beyond the high vocals and after he cut off the pigtails of one of the girls in the choir.

He grew up with two brothers: Michael Haydn, a composer, and Johann Evangelist Haydn, a tenor.

He was Ludwig van Beethoven's mentor and teacher after Beethoven moved to Vienna for a time.

Joseph Haydn Is A Member Of