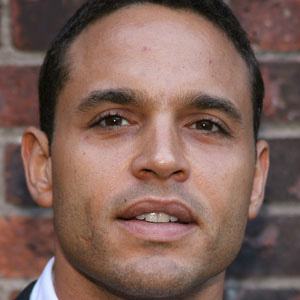 Portrayed the role of Franco Rivera on the TV series, Rescue Me alongside Denis Leary and later joined USA Network's Graceland.

He attended the University of Louisiana at Lafayette and New York University's Tisch School of the Arts.

He received a Theater World award in 2003 for his role in the Broadway musical, Take Me Out.

His parents had careers of a police dispatcher and civil rights worker.

He played the role of fashion designer, James Holt in the film, The Devil Wears Prada alongside Anne Hathaway.

Christmas Again
Ghost of Girlfriends Past
One for the Money
More