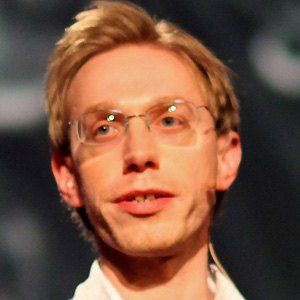 Inspirational author and autistic savant who won a Best Book for Young Adults award for his memoir Born on a Blue Day. His other best-selling works include Embracing the Wide Sky and Thinking in Numbers.

He suffered from seizures as a child and was diagnosed with Asperger syndrome at the age of 25. He opted to teach English abroad rather than attend university.

He was featured in a documentary film called The Boy with the Incredible Brain.

He was born Daniel Paul Corney, and grew up in East London with eight younger siblings. He has been based in Paris with his husband, Jérôme Tabet, whom he met while promoting his book.

He was a guest on The Late Show with David Letterman in 2005.

Daniel Tammet Is A Member Of