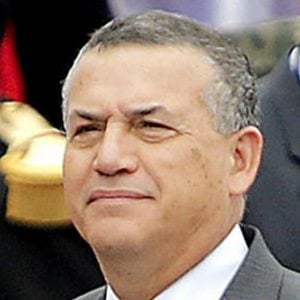 Peruvian politician who is known for having served as the Minister of the Interior of Peru from June 2014 until February of 2015. He is also known for being a member of the Podemos Peru political party and served as a Brigadier General for the Peruvian military.

He earned his degree in Military Sciences and his Master's in Electronic Engineering from the National University of Federico Villarreal. He started his career working for the Peruvian army in the telecommunications field. He then started his career in politics serving in the Presidency of the Council of Ministers of Peru.

He was also appointed to High Commissioner in the Formalization of Mining, Interdiction of Illegal Mining and Environmental Remediation of the Presidency of the Council of Ministers.

He was born and raised in Huancabamba, Piura, Peru.

He was sworn in as the sixth Minister of the Interior of the government under then acting President of Peru Ollanta Humala.

Daniel Urresti Is A Member Of