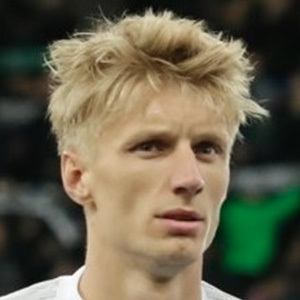 Danish Soccer Player who is best known for his time playing for Spanish club Valencia. He plays multiple positions as a utility player.

During the majority of his childhood, he played for Copenhagen-suburb-club BK Avarta.

He has amassed over 90,000 followers to his popular Instagram page. In May 2018, Wass was named in Denmark's preliminary 35-man squad for the 2018 World Cup in Russia.

His cousin is Nicki Bille Nielsen.

He is a well known Danish Soccer Play akin to Christian Eriksen.

Daniel Wass Is A Member Of