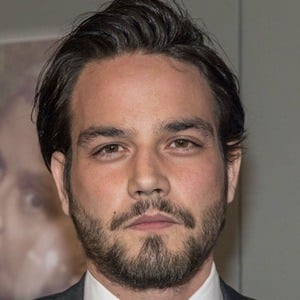 Fast rising actor with horror film credits in Beneath, It Follows and Don't Breathe who landed a recurring role in the horror/thriller series Fear the Walking Dead.

He was pursuing theater at first before making a screen debut in the short film The Return.

He has guest starring television credits in Revenge and Agents of Shield.

He was born in San José, Costa Rica and later resided in New York City and Los Angeles, California.

He was cast in the romantic comedy Laggies alongside Keira Knightley.

Daniel Zovatto Is A Member Of