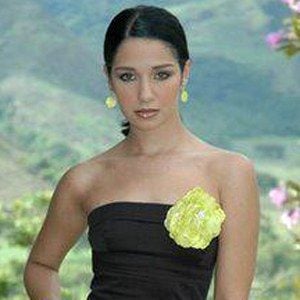 Telenovela star of the series Juana la virgen in the eponymous role who would go on to appear in numerous shows and films throughout her career, including the movies Punto y raya and Una Abuela virgen.

She was four years old when her parents influenced her to take up acting. She would study ballet and was part of a children's group called Los Minipops.

Her acting career translated into enormous numbers on social media. She has more than 4.3 million followers on Instagram and 750,000 Twitter followers.

She and her six brothers were born to actors Daniel Alvarado and Carmen Julia Álvarez.

She starred alongside Luciano D'Alessandro in the 2012 telenovela Mi ex me tiene ganas.

Daniela Alvarado Is A Member Of