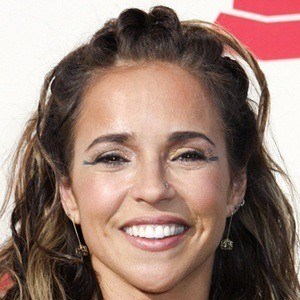 Legendary Brazilian singer/songwriter who has sold millions of records worldwide. She began her career in the late 1980s as a member of the band Cheiro de Amor. She then launched her solo career in 1991 and has since released more than a dozen successful solo albums, both studio and live albums.

A performer from an early age, she began dance lessons at eight and at thirteen she resolved to become a singer. By 1980, she'd begun singing in local bars, to her parents' chagrin.

In 2014, she appeared as a mentor on The Voice Kids Portugal.

She was married to Zalther Póvoas from 1984 to 1996. She then had a four year marriage with Marco Scabia until their divorce in 2013. It was then that she married Brazilian woman Malu Verçosa. She has two children, Gabriel and Giovana, from her first marriage.

In 2007, she released the popular single "Preta" which featured Brazilian musician Seu Jorge.

Daniela Mercury Is A Member Of