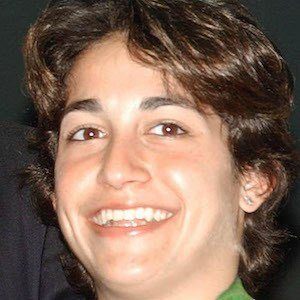 Gymnast who is best known for her tenure as a member of the Brazilian National Gymnastics Team. She competed at the 2000, 2004, 2008, and 2012 Olympic Games as a team member.

She trained in Rio de Janeiro, and began competing internationally at age 10. She won the all-around category in the Junior Pan Am Games in 1998.

In 2001, she became the first Brazilian athlete to medal at the World Championships, earning a silver in the floor exercise. She won her 10th Brazilian National Championship in 2014.

She was born in Sao Paulo, Brazil, before moving to Rio de Janeiro for training when she was young.

In 2007, she earned a bronze medal in the beam portion of the Pan American Games, finishing behind Nastia Liukin.

Daniele Hypólito Is A Member Of