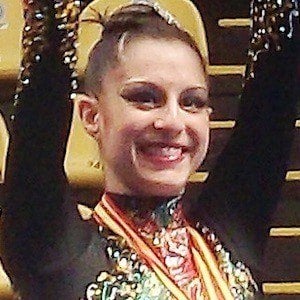 She started training in gymnastics when she was seven years old and was the Junior National Vice-Champion in 2001.

She won a bronze medal at the 2009 Mediterranean Games and finished fourth at the 2014 Lisboa World Cup.

She grew up in Leon, Spain.

Carolina Rodríguez Is A Member Of