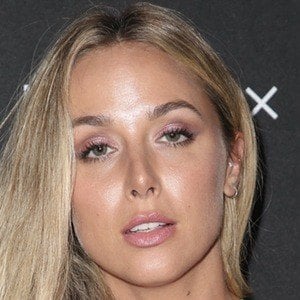 Model, actress, and blogger who is known for her sizable social media presence. As a model, she has been a member of the exclusive Wilhelmina Models talent roster.

She began modeling at a young age. After spending time traveling abroad, she eventually settled in Los Angeles to pursue an acting and modeling career.

She began her blog, withstyleandgrace.com, after having lived in Italy. In July 2015, she appeared on the cover of Ellements Magazine.

She considers her hometown to be Lake Tahoe, Nevada.

Daniella Grace Is A Member Of