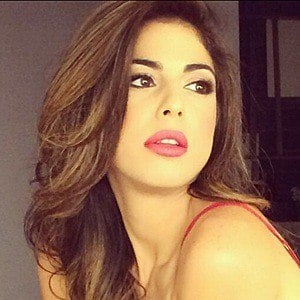 Israeli singer and model who skyrocketed to fame after she became engaged to legendary film director Quentin Tarantino.

She and Tarantino first met in 2009 when Tarantino was in Israel to promote Inglorious Basterds.

Known for posting personal photos and modeling photos, she has earned more than 40,000 fans on Instagram.

Her father, Svika Pick, is a renowned Israeli pop singer. She has a sister named Sharon.

Her husband-to-be has often worked with Hollywood superstars like Jamie Foxx, Brad Pitt, and Leonardo DiCaprio.

Daniella Pick Is A Member Of