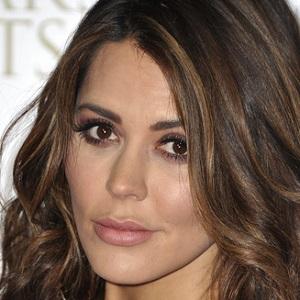 Known for her modeling work for the La Senza clothing brand, Lineker is also famous as a cover model for Maxim, Fabulous, and HELLO! magazines. Also an actress, she appeared in the film Kicking Off and in a 2013 BBC production titled Silent Witness.

She began her modeling career at the age of twenty, competing in the 1999 Miss Hawaiian Tropic pageant.

She was a finalist on the 2009 edition of the ITV reality series Hell's Kitchen.

Born Danielle Maria Bux, she grew up in Fairwater, Cardiff, Wales as the daughter of Roy and Kim Bux and as the stepdaughter of Alex Mohamed. In 2009, she married British professional soccer player Gary Lineker.

During the 2008 National Television Awards ceremony, she appeared on stage with the renowned broadcast journalist Trevor McDonald.

Danielle Lineker Is A Member Of