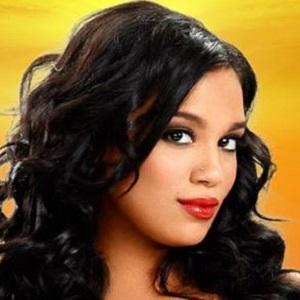 Reality television personality who appeared on the 8th season of Oxygen's Bad Girls Club and the 1st season of Bad Girls All-Star Battle.

She and her sister previously auditioned to be on The Real World but weren't selected to be part of the show. The producers then emailed them to be on Bad Girls Club.

She appeared without her sister on season 4 of Love Games: Bad Girls Need Love Too, placing third, and on season 2 of Bad Girls All-Star Battle. Her nicknames include The Black Sheep, The Evil Twin, and The Loud Mouth Twin.

She was born in Methuen, Massachusetts. Her twin sister is Gabrielle Thomas.

She and Gabrielle were interviewed by Tanisha Thomas in a special called Double Trouble: The Twins Speak.

Danielle Victor Is A Member Of