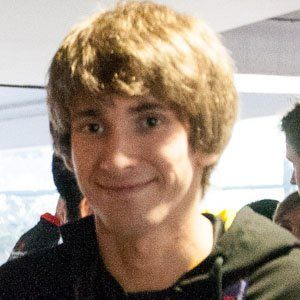 Also known as Dendi, he is a professional gamer who became one of the world's best players of the online multiplayer game Dota 2. He is the winner of numerous gaming events, including Storm the Front #3 and the Techlabs Cup Grand Final 2013.

He turned professional in 2006.

He was one of the subjects of the 2014 gaming documentary "Free to Play."

He has two siblings and grew up living with his parents and grandparents.

He and Viktor Nigrini have played together on Natus Vincere.

Danil Ishutin Is A Member Of