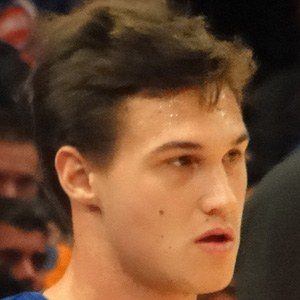 Italian small forward who was selected 6th overall by the New York Knicks in 2008; traded to the Denver Nuggets in a 2011 deal that sent star forward Carmelo Anthony to New York.

He was named the Italian League MVP while playing for Olimpia Milano in 2008.

He helped lead the Nuggets to several playoff appearances but constant injuries hampered his ability to further aid the team.

He was raised with one brother named Federico.

He was a part of the blockbuster 2011 trade that brought Carmelo Anthony to the New York Knicks.

Danilo Gallinari Is A Member Of