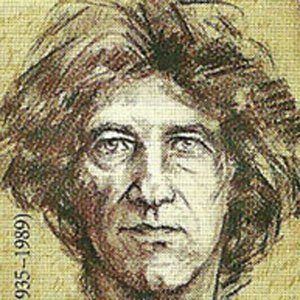 A Serbian-Yugoslavian fiction writer and poet, he is best known for novels such as Hourglass (1972) and Psalm 44 (1962). His late short story collection, The Encyclopedia of the Dead (1983), established his reputation as one of the most important Yugoslavian authors of his generation.

His Jewish father was killed in a Nazi concentration camp, and he lived with his mother and sister in Hungary during the remainder of World War II. He published his first novel, Mansarda (The Attic), in 1962.

He died of lung cancer in 1989, shortly after wrapping production on an Israeli television miniseries.

He was influenced by the work of Russian author Vladimir Nabokov.

Danilo Kis Is A Member Of