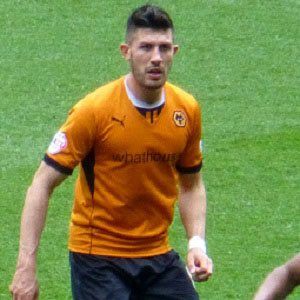 English defender of Sikh Punjabi descent who has found success as a member of the Wolverhampton Wanderers, winning the Football League One title with the club in 2013-14. He was named to the PFA League One Team of the Year the same season.

He began playing in the Wolverhampton Wanderers Academy at age 10 and made his senior debut in 2009.

He was born in Brierley Hill, England.

He has been teammates with Irish striker Kevin Doyle at Wolverhampton.

Danny Batth Is A Member Of