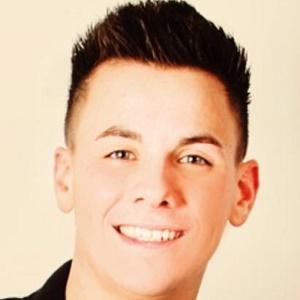 Singing and songwriting personality on the 2014 season of the X Factor UK who reached Mel B's judges house stage in Mexico on the show. Shortly after, he began writing and recording songs for his debut album.

He discovered he could sing while out for karaoke nights with his friends and set about doing local gigs to gain experience.

Like his father and grandfather before him, he took an apprenticeship in carpentry and joinery.

He was born in Littleborough, England.

He and Jack Walton competed in the same series of the X Factor.

Danny Dearden Is A Member Of