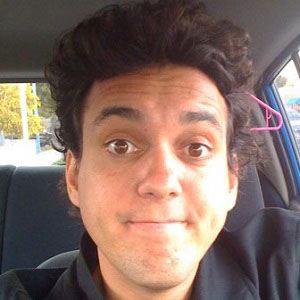 Creator of the daily internet show known as the Gradual Report who began showcasing his mix of comedy and energy on the show when he started it in 2007.

He has been entertaining people of all ages with his unique brand of high energy and quick wit since he was a freshman at UCLA. He then went onto law school at Southwestern in Los Angeles, where he decided to pursue a career in comedy.

He was born Dragisha Grozdich in Glendale, California to Serbian immigrant parents.

He was featured in a film called Along the Roadside, starring Michael Madsen.

Danny Grozdich Is A Member Of