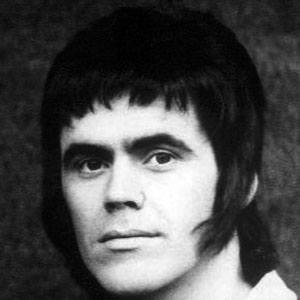 Irish musician most famous as a member of the popular band Three Dog Night, who had a number of hits in the 60's and 70's. After the group's demise, he became manager for punk rock bands like Fear.

He was a solo artist before forming Three Dog Night, releasing the successful single "Roses and Rainbows" in 1965.

He married Laurie Anne Gaines in October 1981. His son, Dash Hutton, is a member of the popular indie rock band Haim.

He was bandmates with Cory Wells in Three Dog Night.

Danny Hutton Is A Member Of