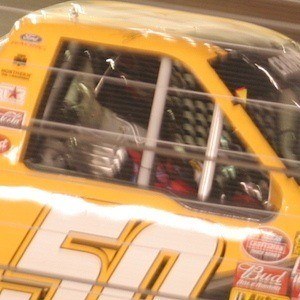 American race car driver who was named 2006 Busch Series Rookie of the Year.

He began racing go-karts when he was 7 years old and won four championships.

He was the 2002 UARA National Champion.

Danny O'Quinn Jr. Is A Member Of