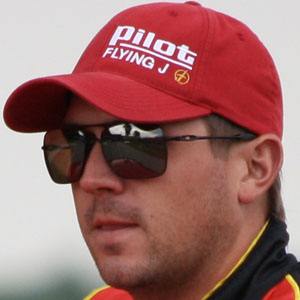 He played hockey for the Waterloo Black Hawks of the United States Hockey League before beginning his racing career.

He finished runner-up in NASCAR Rookie-of-the-Year voting in 2009.

His father Harold Annett owned a trucking company and got his son started on racing.

He signed with Richard Petty's motorsports company in 2012.

Michael Annett Is A Member Of