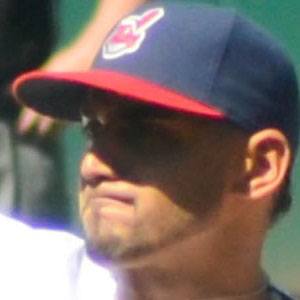 Right handed starting pitcher who debuted on July 11, 2013 for the Cleveland Indians. He helped the Indians reach the 2016 World Series where they were defeated by the Chicago Cubs in seven games.

He had a very promising career in the Dominican Republic before signing with the Indians as an international free agent in 2008.

He impressed in his rookie season when he took a no-hitter into the sixth inning on July 11, 2013 against the Toronto Blue Jays. He pitched in the 2013 American League Wild Card Game where his Indians lost to the Tampa Bay Rays 4-0.

As a rookie he was part of an Indians rotation featuring Ubaldo Jimenez.

Danny Salazar Is A Member Of