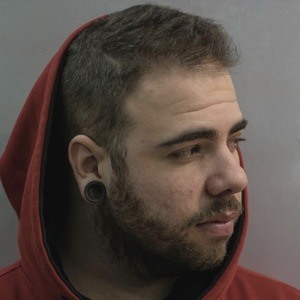 Rapper best known as one half of the Spanish hip-hop duo AContratiempo. He has also become famous as a solo artist in his own right for such tracks as "Immorable," "El Paso del Tiempo" and "Desde Dentro."

He grew up in Madrid, Spain and formed AContratiempo in 2012.

His music video for "Desde Dentro" was viewed more than 7 million times on YouTube.

He is a well-known Spanish rapper, much like Rels B.

Dante AC Is A Member Of