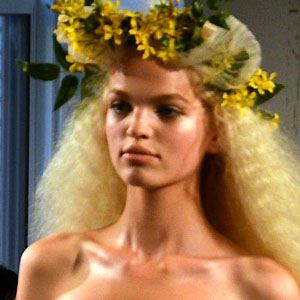 Dutch model who has appeared in Vogue and been the face of H&M. She was the ninth ranked model on Models.com Top Fifty list.

She was discovered by a talent scout as teen while shopping with her mother.

She once appeared in a movie with Jan Lisman for the Met Ball called ART COUTURE.

She grew up with one older brother.

She was a young top model, much like Cara Delevingne .

Daphne Groeneveld Is A Member Of