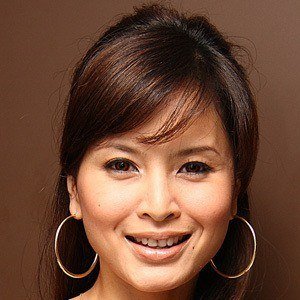 Television personality who rose to fame as the host of numerous shows including Explorace, Majalah Tiga and The Breakfast Show. She also has a role on the television series KL Lights.

She was a marketing executive before she began modeling and moving on to television.

She married Joe Lebosi and they have three children Isobel, Iman and Isidore.

She is a Malaysian actress and television host like Nur Fazura.

Daphne Iking Is A Member Of