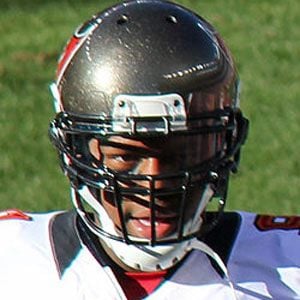 Star defensive end for Clemson University who was drafted 51st overall by the Buccaneers in 2011. His 2012 season was derailed by a torn Achilles.

He was ranked the number 1 high school athlete by ESPN.com as a defensive end, running back, and kick returner at Bamberg-Ehrhardt High School.

He had 26 tackles for a loss and 15.5 sacks during his ACC Defensive Player of the Year 2010 season. He was also a unanimous All-American and Bronko Nagurski Trophy winner.

His father Dennis was a gospel singer. His mother's name is Linda.

He was one of the top defensive lineman prospects in the 2011 NFL draft, behind first-round pick Nick Fairley.

Da'Quan Bowers Is A Member Of