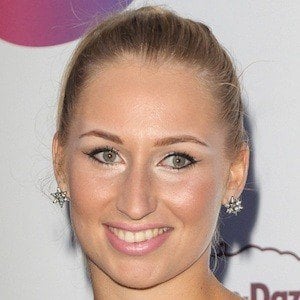 Russian-Australian tennis champion on both the WTA and ITF tours who ranked in the top 35 in the world in February of 2016.

She won the 2010 Youth Olympic Games and the 2010 US Open as a junior player helping her reach the #1 junior ranking in the world in August of 2010.

She won a doubles competition at the Istanbul Cup alongside Elina Svitolina.

She was born in Moscow before moving to Melbourne, Australia. She represented Russia until 2015. She began dating Luke Saville.

She defeated Maria Sharapova at the 2015 Miami Open and Ana Ivanovic at the 2015 Internazionali BNL d'Italia.

Daria Gavrilova Is A Member Of