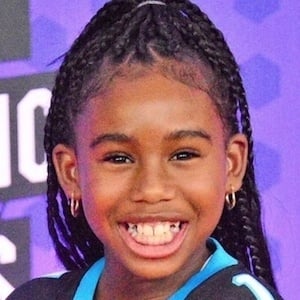 Actress who is best recognized for having starred as Zoe in the 2018 Netflix film Nappily Ever After. She is also known for her role as Zakaria in the 2018 television series Rel.

She first began acting at the age of six appearing in a range of commercials and advertisements. She went on to make her acting debut in the 2016 short film Kayla's Light.

She appeared in the Kellog's "I Found Dory" commercial which earned her international attention.

She was born and raised in Chicago, Illinois but later moved to Los Angeles with her family to pursue her acting career. She also has a cat named Katniss.

She starred alongside Sanaa Lathan and Ricky Whittle in the 2018 Netflix original film Nappily Ever After.

Daria Johns Is A Member Of